Home / Life / Being single in the 21st Century

Being single in the 21st Century

Blinded by an overbearingly bright, pink aisle, whilst lurking for dinner inspiration only meant one thing.

… Pancake day was just around the corner.

At the beginning of the week, guys began asking about my Friday plans-

Taking me out on Valentine’s day 😉 ? They asked

That’s when I’d finally smelt it…

The lingering scent of February 14th!

The over indulgent, money making scheme to stab a knife into our broken hearts.

Valentine’s seems a wake-up call for single people; desperately looking for a partner, or weep their self-pity all over Twitter.

It’s more forced than eating another pancake sitting in front of you when you’re sick with fullness.

For the last ten years- Twenty-two if you wanted real insight into my tragic love life-  Valentines has entailed celebrating with friends, or feeling bitterly alone.

There’s never been an inbetween.

Fortunately, the sharp slap of reality across a face that won’t be kissed tomorrow doesn’t feel sad, or bitter.

Pop the champagne- I’m celebrating being in love with myself!

Valentines is just another day. Minus the infectious posts from insecure couples and sour singletons bitching about them doing so.

Pre-Warning!- If you think I’m about to give you singles advice on how to cope tomorrow, think again!

You’re a better human than that.

Another 10 single valentines to go.

If you’re single, loving your current situation, but still think about finding someone to share the fun stuff in your life with- I’m all about that right now…

That shit is HARD though!

Someone said to me last year:

“Bethan, you’re not the girl that will meet the love of your life at this age.

He’ll come to you in ten years time, when you’re content, and living your best life. Probably in a business meeting.”

When he said this to me, at first, I questioned what job he’d imagined me to have…

Thanks for confirming I will be bitterly alone for so long- you’ve made me feel a whole lot better!

Weirdly, it did. It was a reminder that someday I will find what I want.

So why worry myself about it all now?

Regardless of how much I now embrace independence, I’m an affectionate human-being with feelings.

Being wined, dined and fed attention is a natural need?

– And I’ve no one to blame but those countless romantic films I soaked my expectations into!

Anyway, this is what’s led me, after ten months of doing me, to put myself onto the dating scene, and see what’s out there…

…. Just in case my friend was wrong.

… Or maybe they can, and I’m just not the girl they want to treat.

I’ve been picked up by a chivalrous salesman, and taken to Wetherspoons on a Friday night. Received messages to come round and chill with a hungover boy. And been asked what my Snapchat is, rather then my number.

All three things have happened over this last month!

#2. Finding the love of your life on Tinder is as hopeless as most of the conversations you’re going to have on it!

For research, I’ve spent the last two weeks figuring out the world of Tinder- taking it as seriously as I could.

It’s frustrating; selling yourself like you would to an employer, repeating what you do, what degree you studied, your hobbies, your interests, where you live, why you’re on Tinder….

Tip for those who brave it: write a script, and tweak for personal demands.

To make this nice and easy for all that braves tinder…

Just to be clear, I spoke to at least fifty boys in two weeks…

Only one out of fifty showed potential!

Whether this is a Cornwall thing, and boys in a City are a bit less

So to summarise, what I’ve discovered is that dating in the 21st Century is nothing like the movies prepare you for- finding someone isn’t going to happen just by meeting someone’s gaze as you walk past them in the street, nor just by matching someone on tinder.

…. kind of like the flowers I’ve imagined to be at my doorstep tomorrow morning!

Having standards is worthy of attention!

Over the last year I’ve questioned boys on their behavior, and had it thrown back in my face! – I’m either a psycho, or a hot head.

…Apparently I make the wrong assumptions of what ‘come over and chill,’ means.

– sex isn’t their first intention, but ‘if it just so happens to come about, why not?‘

… Apparently sending me a dick pic wasn’t them asking for one of myself… I’m crazy!

Boy’s who talk in manipulating ways, or push you into doing, and saying things you don’t feel comfortable with…  like your favorite pair of jeans that no longer fit, save yourself the disappointment of trying, and just get rid- before that zipper breaks!

Unfortunately, we can’t blame the male species for being so stupid and ignorant when it comes to our needs, wants and expectations.

For so long they’ve invited girls over for a chill, and had it easy. We can’t hold them liable for all of it.

Instead we must evoke our standards; explain why we won’t come over, use our own initiative if we like them.

Maybe we suggest a drink- hope that they’ll say yes, and invest more time and effort into us.

If they say no? You’ve got your answer; lost nothing, and saved yourself both time, and emotional investment…

You might want a boyfriend, but are you ready for one?

To find a significant other, you must first be whole without one.

It seems silly to love someone else without loving yourself…

The girl I once was, five years ago didn’t love herself enough to have standards. She was too naïve to see the worst in someone she was close to

Unfortunately she also lacked the capability of being able to stand up for herself, or vocalise what she really wanted, out of fear of rejection.

– She allowed his words to comfort and cradle her reassurance, until one day he went ghost mode, and the following week was Facebook officially in a relationship with that girl he’d told her not to worry about! 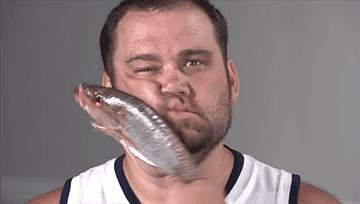 The mistake she’d made from day one was thinking too much about him- his wants- his needs.

Like any normal girl, this had an impact on the way she saw herself. It affected her confidence, and she stopped trusting people’s intentions so easily.

For a long time after I allowed myself to be guarded.

Believing I was capable of having no feelings for another; happy to keep things chilled, and happy not to let them know I cared when it fizzled out.

When you don’t love yourself- not only is it an unattractive trait to have, and therefore makes it harder for others to love you,  but you feel undeserving of being treated the way you really want to be- the way you merit to be treated.

Wanting attention, and craving it like chocolate cake will only allow you to settle for the first one you lay your eyes on, giving no thought to any other dessert on offer!

You shy away from your standards and suck up to a make-belief fantasy.

When you spoon-feed the chocolate cake into your mouth, you’re feeding your need for attention, but also blindly ignoring the red flags.

One day you just expect him to magically treat you with respect that you never made him earn, and then feel shit when he doesn’t!

When you have a set of standards, it not only shows the level of respect you have for yourself, but it allows you to question a boy’s motive, and pick up easily on their bad habits-

If a boy keeps inviting you around to his house, but doesn’t want to go out for a drink in public, then realistically he only wants to have sex with you- he doesn’t care to get to know you, no matter how much he manipulates your mind to believe otherwise.  Permitting this as acceptable, will allow him to feel emotionally detached from the situation, and you.

It’s ok to put yourself out there!

If you like what you see, don’t play games and just be honest- ask them out on a date.

If it’s not? You’ve wasted no time and can move onto the next – simple as!

It’s ok to get it wrong a couple of times, don’t put yourself down for a lesson you hadn’t ever learnt before!

If a man wants a piece of my cake then he’s got to take the time, care and consideration to bake it himself.
I’m not a shop bought victoria sponge you can un-package in a couple of seconds to enjoy.

I’m your home-made, one of a kind miracle that you’ll be proud to show off!

One thought on “Being single in the 21st Century”